This beautiful 17th century castle, located in Dordogne, in the Périgord Vert is a vast family home, built under Henri IV. Preceded by an entrance courtyard bordered by two outbuildings, it is extended by a huge esplanade terrace creating a beautiful park landscaped in the French manner, overlooking meadows and forests with a magnificent open view, where we can organize a big party. In the park, a 19th century Orangery with its beautiful rounded windows, has been transformed into an independent house.

The domain allows to comfortably accommodate 23 people. The heated swimming pool and new tennis court in the heart of a large organic cultivated vegetable garden, make the Meynardie a dream place for adults and children, to enjoy holidays, a relaxed weekend with friends, or a family party, while being at the crossroads of many famous touristic and gastronomic places of interest. On site, a couple of housekeepers welcome you and help you during the stay to make the most of the property and its surroundings.

Restored with great refinement, it offers on the ground floor several reception rooms, including a huge wood paneled library and a small more intimate lounge, a spacious dining room with very warm atmosphere, a majestic entrance hall with a huge stone staircase that can be in the summer season the exceptional setting for an important dinner, a main kitchen and its back kitchen well equipped, and toilets. On the upper floors,  nine charming rooms (4 with washbasin), 4 bathrooms, and 4 separated toilets are distributed in the 1500m² of the castle. 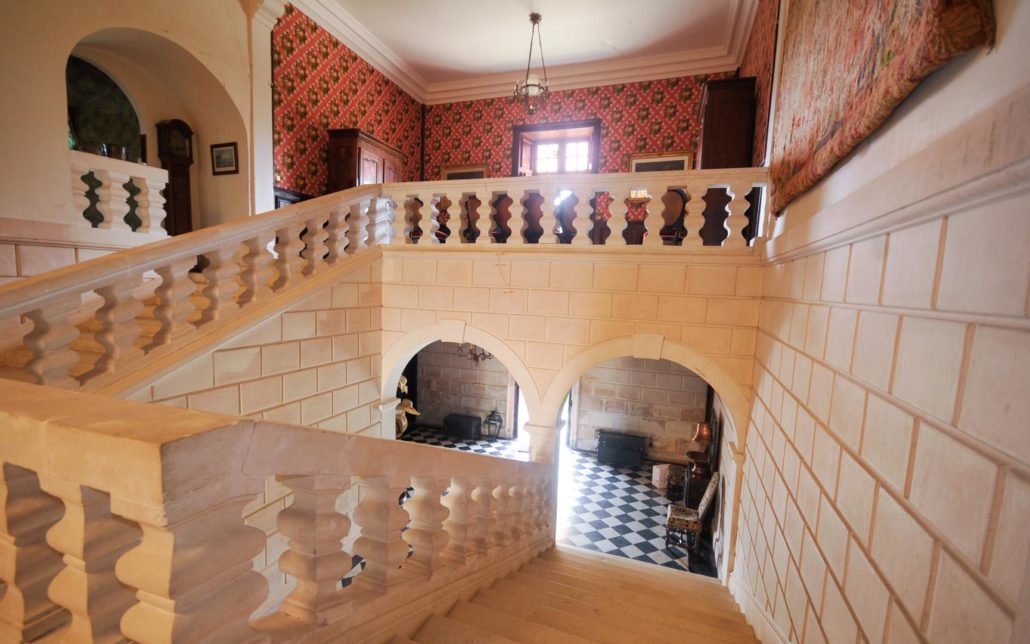 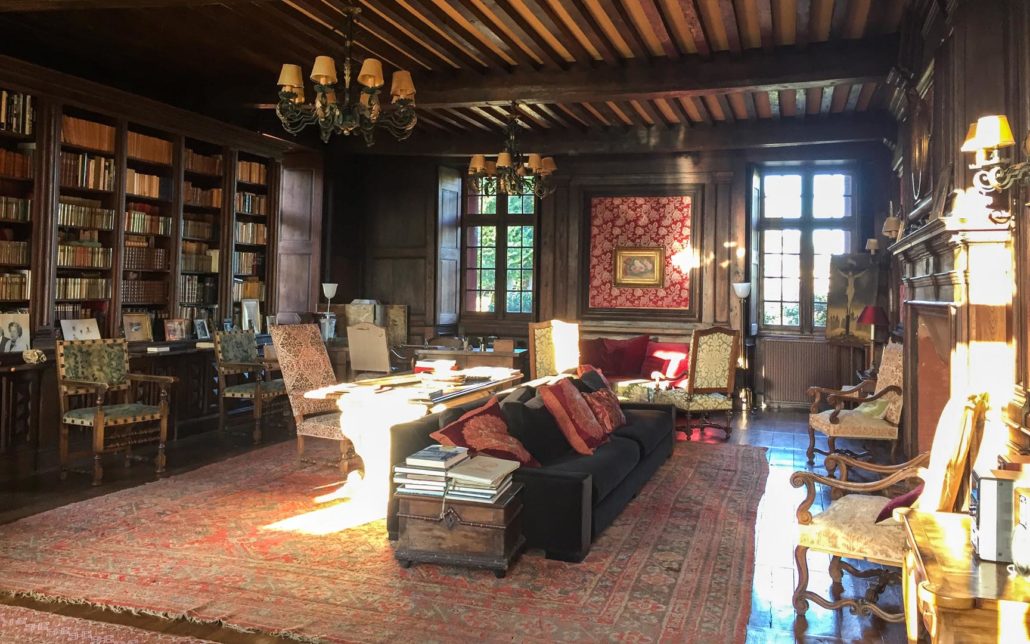 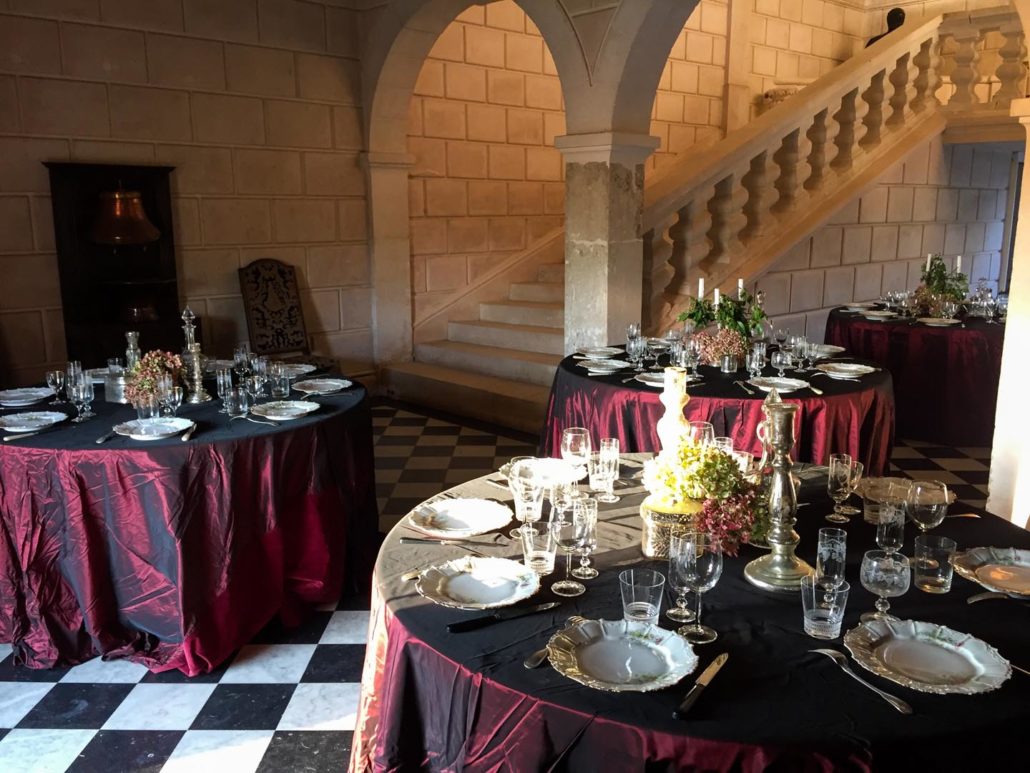 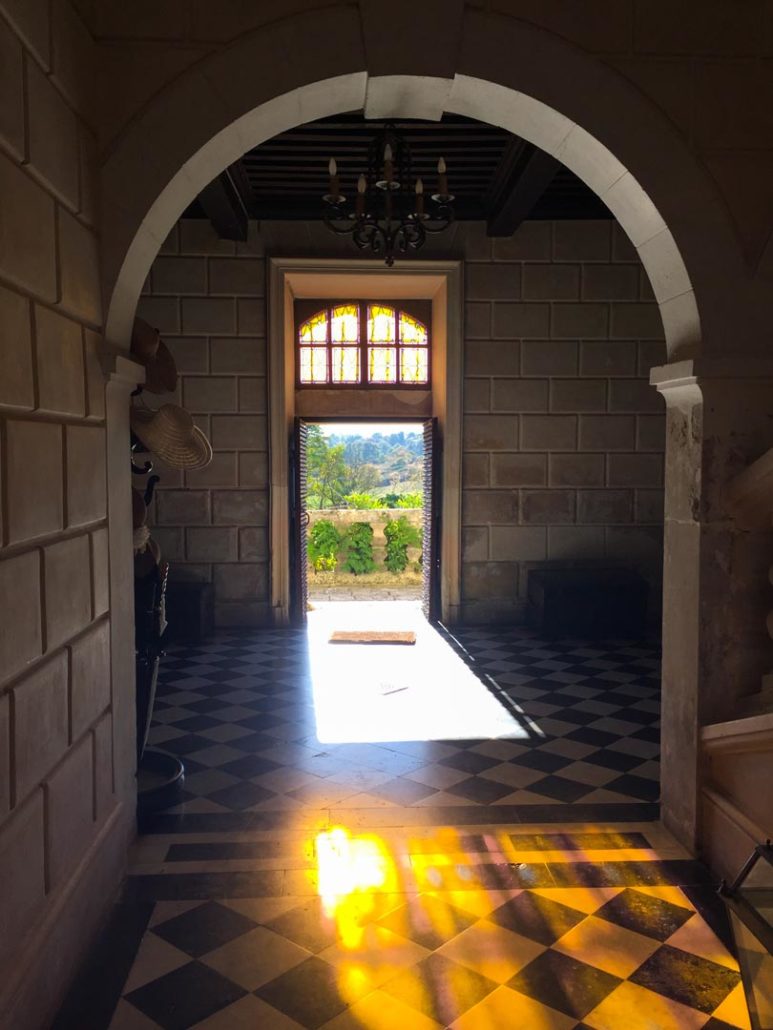 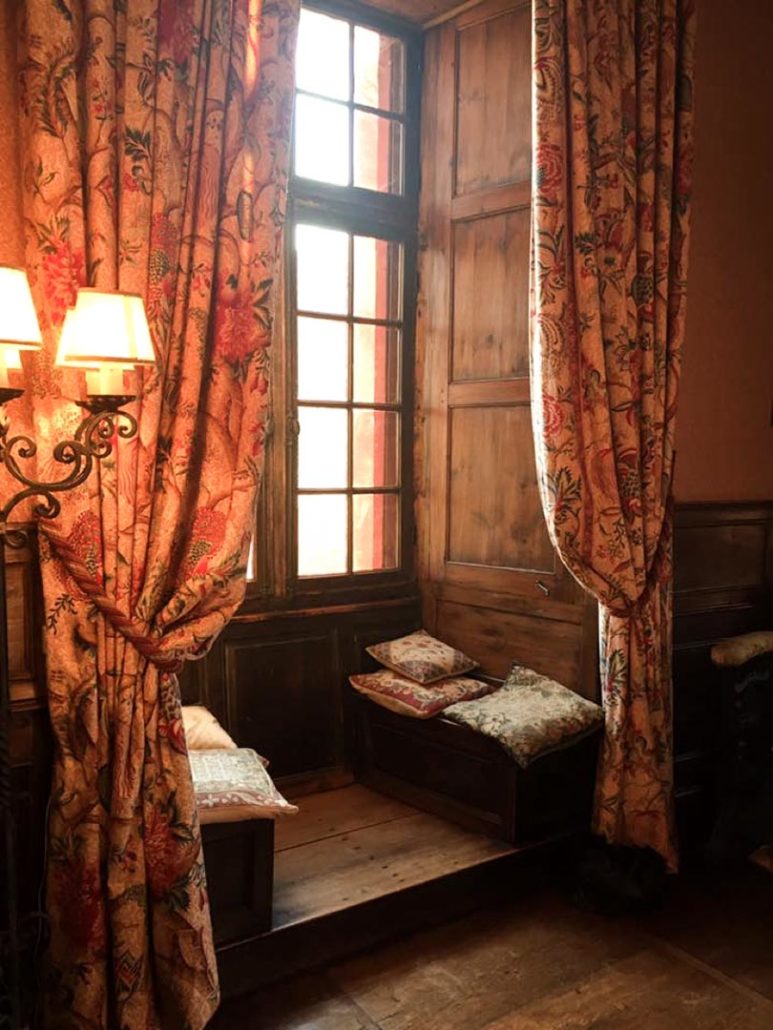 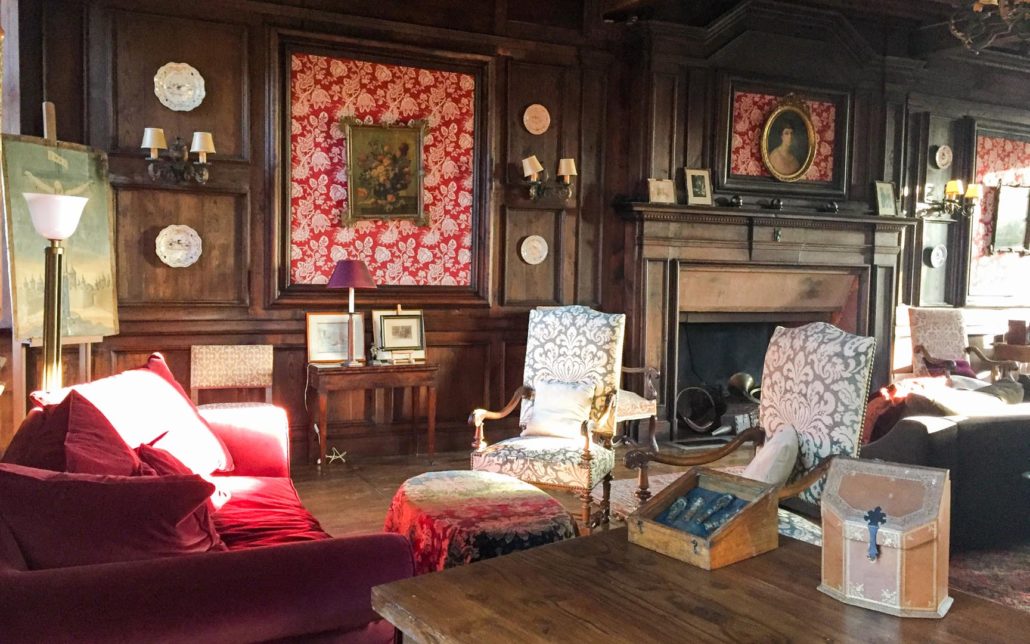 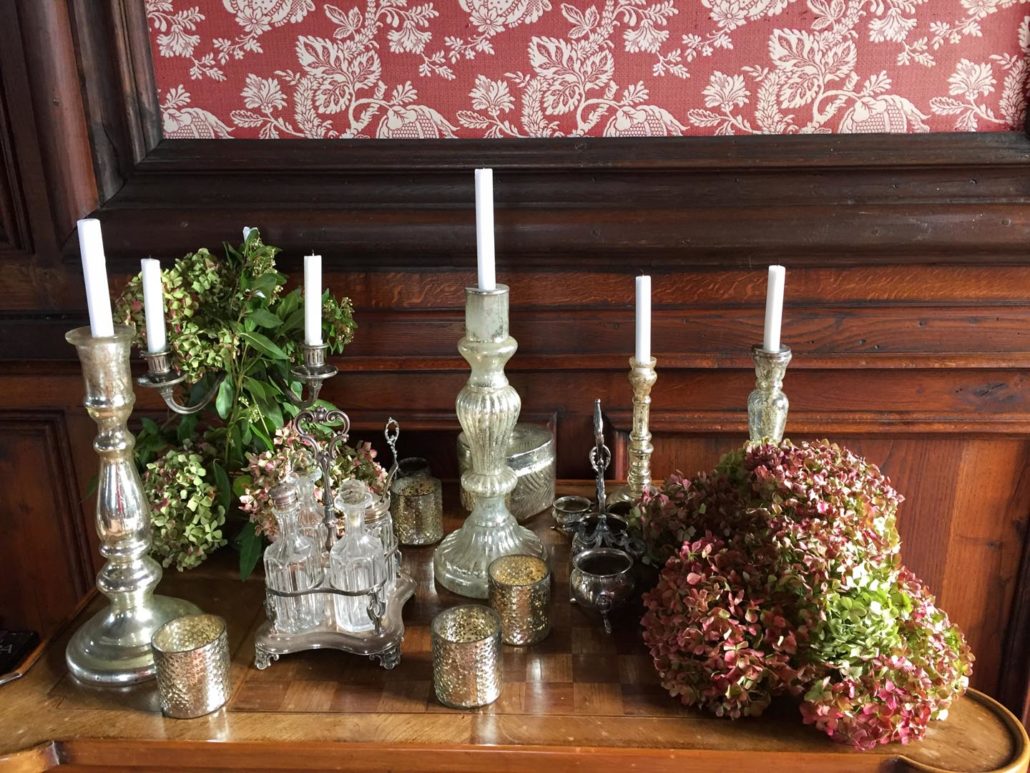 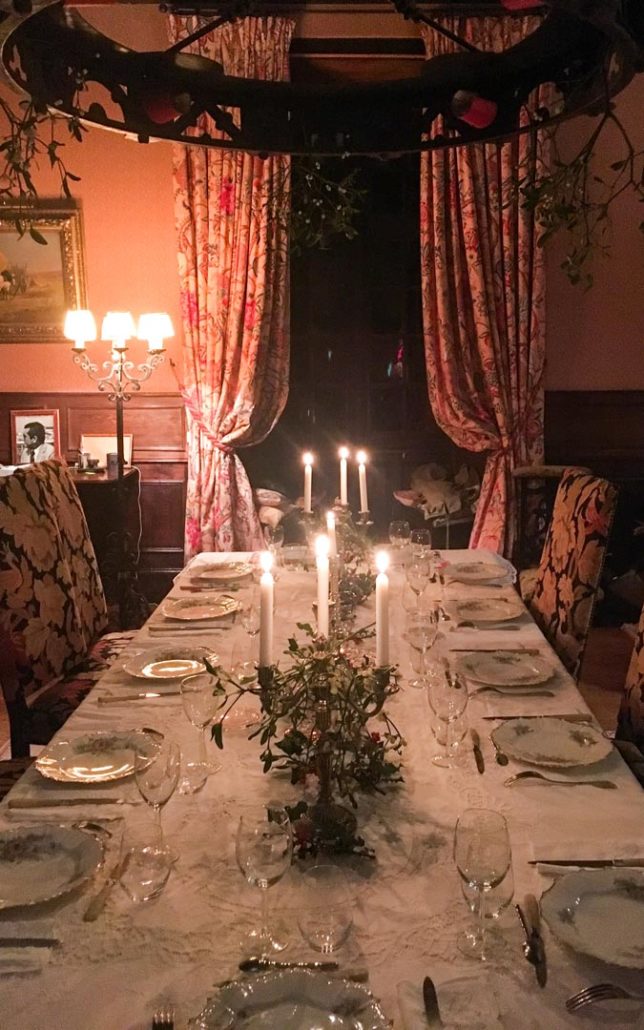 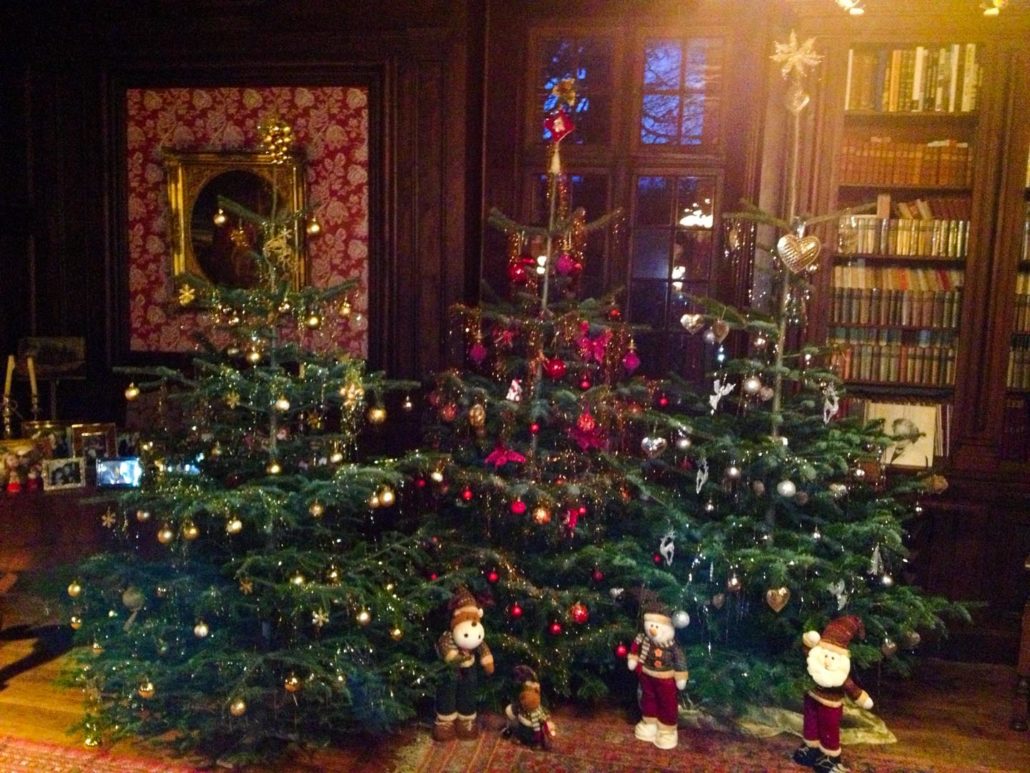 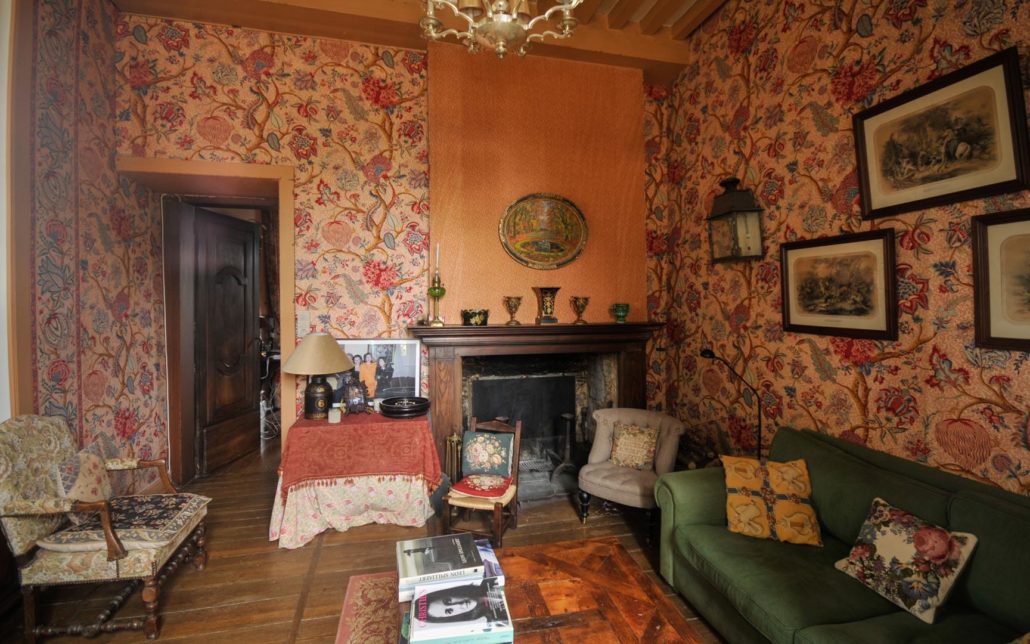 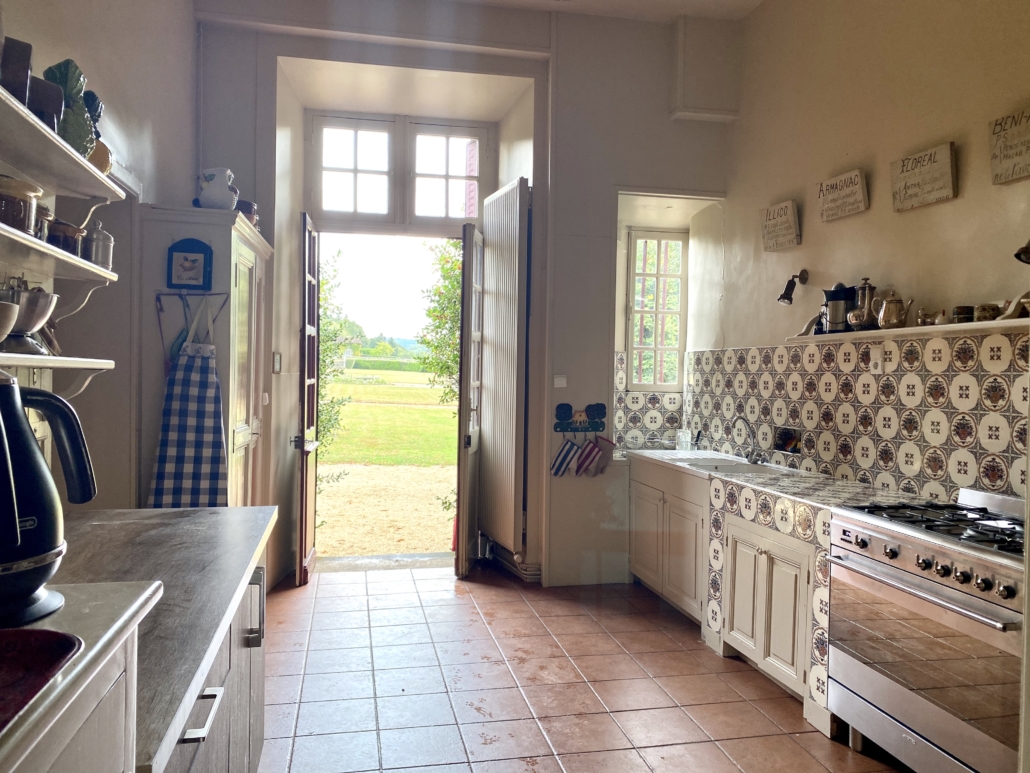 With an extraordinary view, this 19th century Orangery overlooks the park and the castle. Flooded with light, it has recently been renovated into an independent house with a large living-dining room, two bedrooms, two bathrooms, and a kitchen. 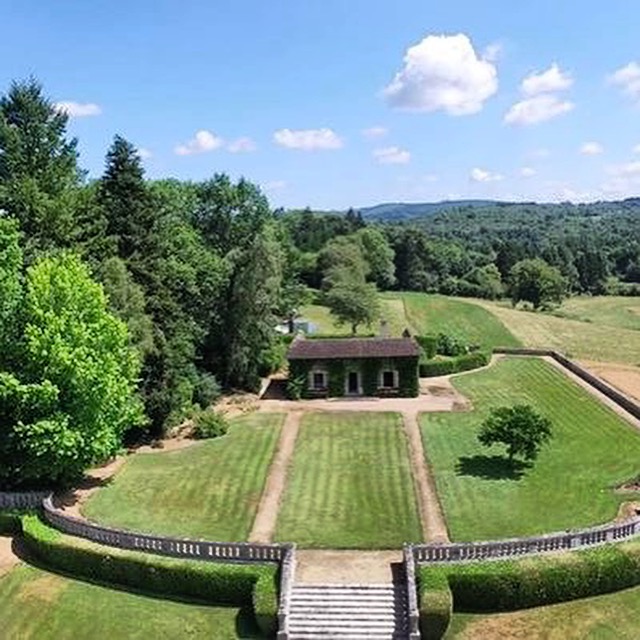 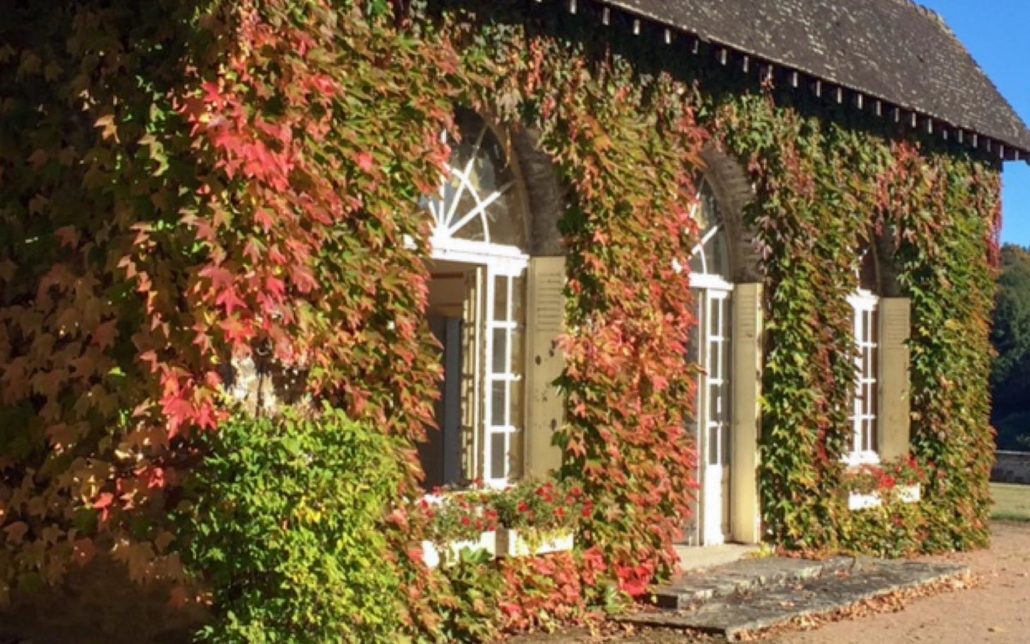 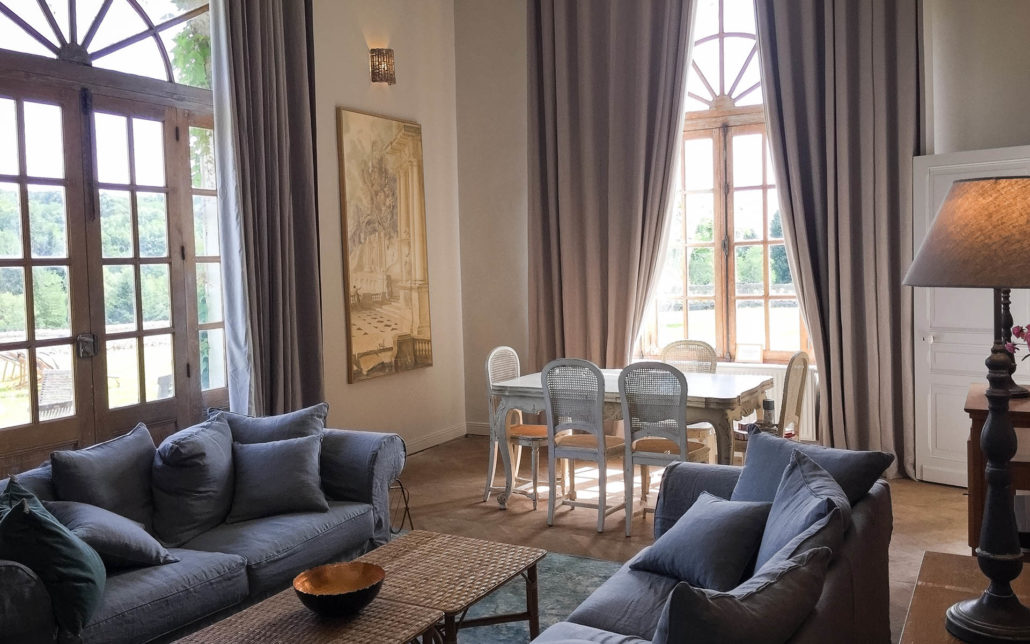 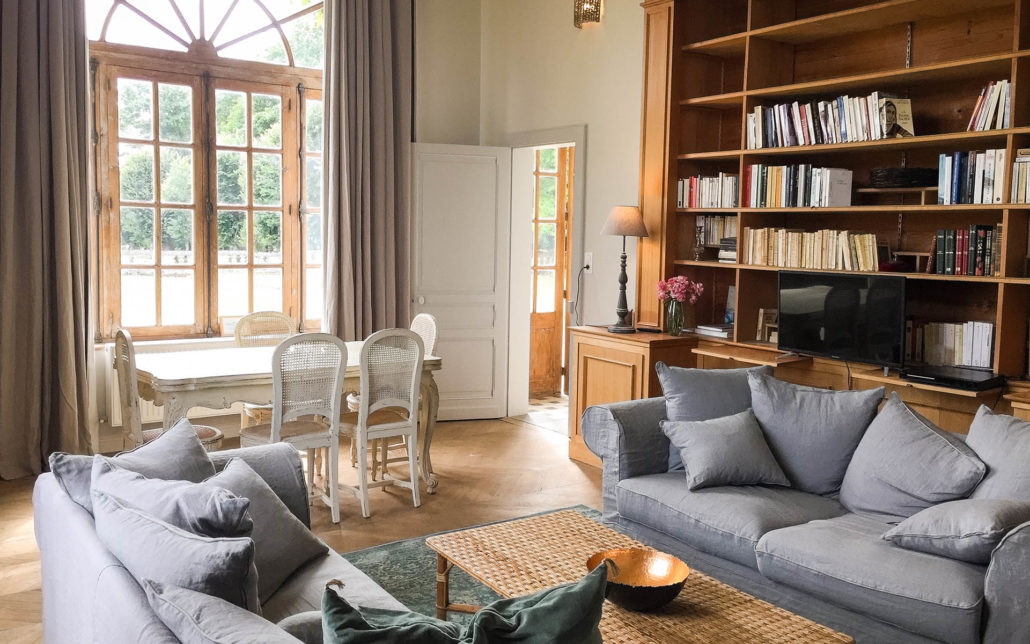 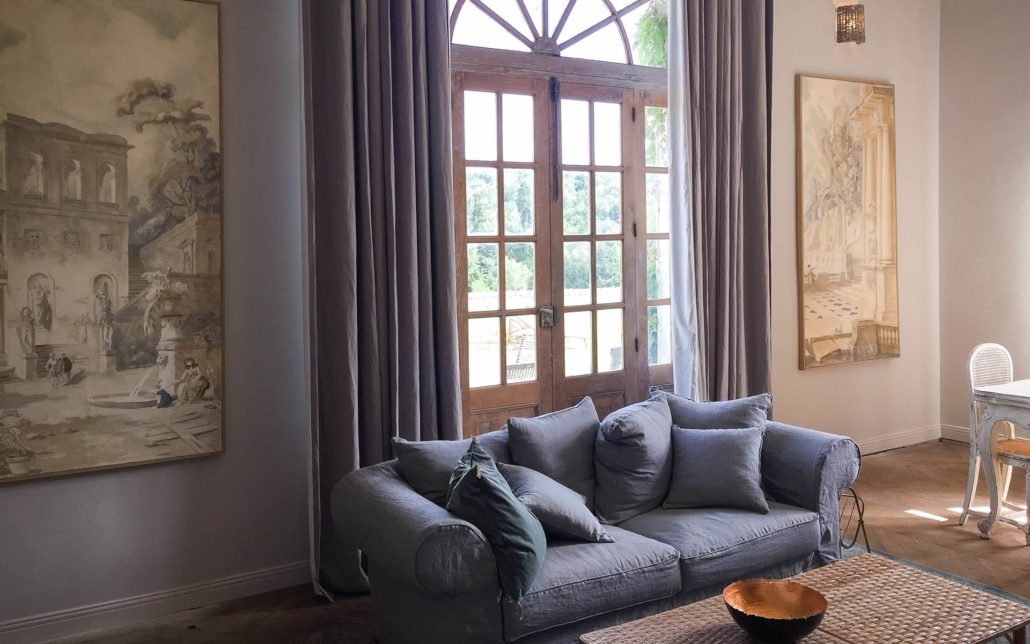 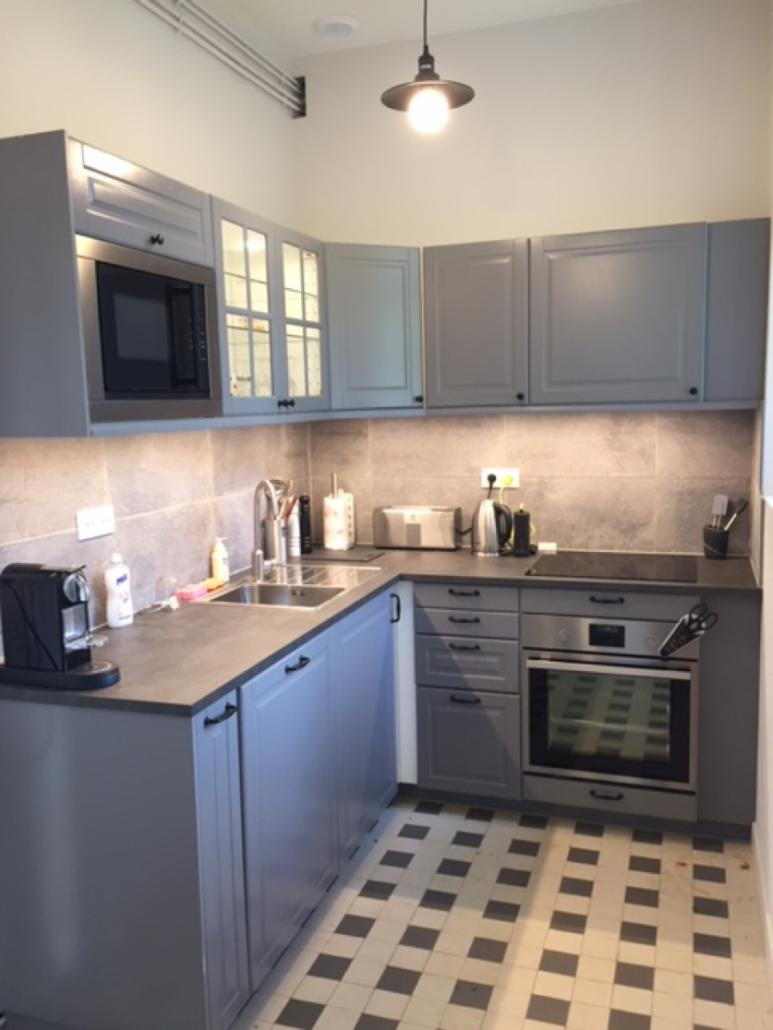 La Meynardie is a castle of the late 16th century, early 17th, Louis XIII style, built under Henry IV or Louis XIII. ” Its lordly appearance comes from an unbroken row of battlements, stone pediment dormers, tall slate roof and two pavilions on the roof, according to the description by Baron Verneilh in 1873. The estate also included the forge of Meynardie, on the Valouze, which in the nineteenth century produced more than 500 quintals of iron. It belonged to the Croizant family, Arlot de Frugie, then was passed on through successive marriages to the families of Curmond de la Meynardie, to Ribeyreix lord of La Meynardie, then to the Count of Villoutreys, most of whom were buried in the castle chapel.

At the Revolution, the latter emigrated and the castle was put up for auction as national property, bought by the family of Maitre de Forge Texier, then de la Salle, and finally in 1883, in poor condition, by Mr. Sohier for his wife (niece of Maréchal Bazaine) who did very important interior and exterior work. He created the French park and set up magnificent stables for his hunt, always visible.

La Meynardie was finally bought in 1941 by the family of the current owners, who made it the theater of the “mission Alsos” during WW2. This American mission under the command of Colonel Boris Pash established its base at La Meynardie, becoming the operational center for the South of the Loire. Colonel Pash has compiled a book “the Alsos mission”, in which he speaks at length about La Meynardie as an “impressive old castle”.